There is a thread dedicated to the 1916 movie

Here is the latest info posted by @ Doctor Kiss

A couple of newly uncovered tidbits about this previously utterly elusive movie...

Three full weeks prior to its Austrian trade screening, DAS PHANTOM DER OPER had opened to the public in Amsterdam, the Netherlands, on April 14th, 1916, at the Union Cinema on Heiligenweg, where it played until April 21st. Under the Dutch title HET SPOOK IN DE OPERA, the movie was advertised as running for 'approximately an hour-and-a-half'... and was openly acknowledged as an adaptation of Gaston Leroux. The movie went on to be exhibited widely throughout the Netherlands, with its last recorded showings taking place during October 1917. 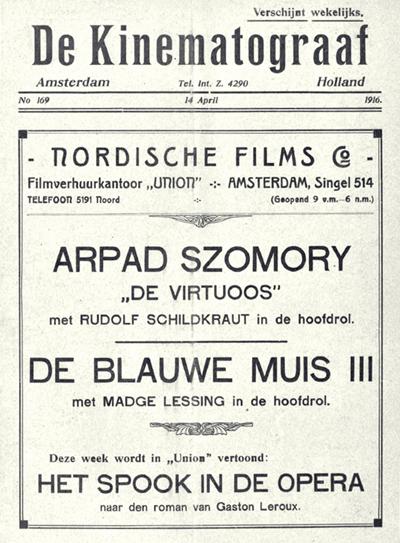 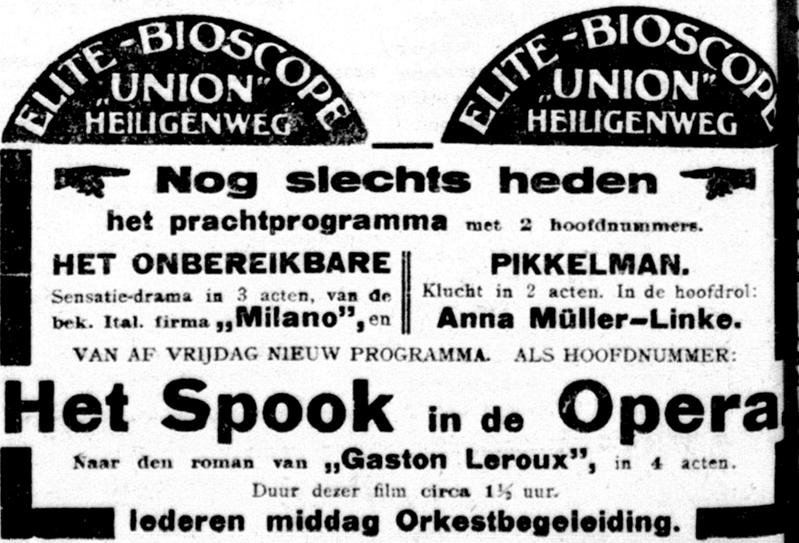 The ready acknowledgement of the film as an adaptation of Leroux may very well have been unique to the Dutch release. In subsequent instances of 'veiled adaptations', such as Murnau's DER JANUSKOPF and NOSFERATU, the Dutch distributors would likewise credit the source novels directly in advertising.