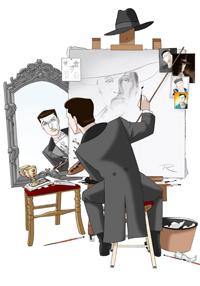 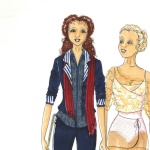 Sadly, not as hilarious a movie as the trailer made it seem it would be, though.

Raphael for the win.

The Book of Eli: Interesting movie. Lots of good action sequences. It was odd seeing Gary Oldman as the bad guy. 2.5/4 stars

So I've been told. I guess I'm used to him playing Lt. Gordon or Sirius Black.

So I've been told. I guess I'm used to him playing Lt. Gordon or Sirius Black.

See, it was a little odd for me seeing him as Gordon in Batman Begins. He embodied the role to perfection, but I always half expected him to say something sinister.

Bring on Dracula! It was my first introduction to Gary Oldman (that I remember), and I absolutely adored him. Problem is that I still expect him to bite necks in other movies...

Supersize me: I haven't seen this movie in a few years. Just finished watching it. Now I remember why I swore off fast food.

Depicting the last days in Hitler's bunker. Have avoided seeing this for the longest time, cause I feared it would be drab and depressive. It wasn't. Especially the portrayal of Hitler surprised me, Bruno Ganz managed to portray both his insanity and a certain appealing site. It's nice to see the "human" side of Hitler, cause it makes his mad side even more scary. But the whole cast impressed me, because they all had a human touch to them. Too often nazis of the Second World War is portrayed as pure evil or caricatured. And I found it proper to see that the German people also suffered under his madness.

Speaking as a previous sceptic, I highly recommend this movie.

Based on a novel by Barbey D'Aurevilly, it tells the story of a villain of a nobleman and his mistress. Having had an affaire with her for the last 10 years, he is now to marry another - of course a blonde, innocent, young little thing. His mistress, as a contrast, is a warm-blooded, dark haired Spanish beauty. Of course ragingly jealous almost borderlining insanity.

Based on a classic novel by Harold Pinter, it tells the story of a woman who's locally considered a whore, and a man who tries to help her out but falls in love with her. With devastating outcome...

Meryl Streep = my acting goddess. My God, she shines in everything she does. I'm embarrassed to admit I had never seen this movie before, though I have read about it "forever". I liked the meta-telling of two love stories, very cool. I also liked the acting of Streep, Iron and most of the supporting cast. However, the actions of the female lead rubbed me SOOO the wrong way. Maybe I just wasn't in the mood, I dunno. But towards the end I just wanted to slap that selfish chick, at least her "historic" self. Yeah, the male lead was selfish too, but not messing-with-peoples-head selfish.

However, I loved the visuals of this movie, and I am positive Maria Bjørnson based Christine's graveyard outfit/drawing of one of the stanza Meryl Streep does in that big cloak of hers. Interesting to see!
_________________
JOSEFINE TO THE PHANTOM:
You come off as... somewhat... rough...

Inglorious Bastards - Shouldn't even count this one because I fell asleep ten minutes or so into it and that was it.

The Box - creepy, but it never really seemed to have a point

Daybreakers - I gave up after fifteen minutes because it was awful

Couples Retreat - the first half was moderately funny, but it fizzled out after a bit...I was lured into watching this because it opens with David Bowie's "Modern Love"

Angels & Demons - still like this one more than I expected, even after reading the novel

Dear John (I've actually seen it twice). I personally love romantic films, so, no surprise, I loved this movie.

Valentine's Day: Typical Rom-Com formula. Some good chuckles, but nothing gutbusting funny. Mainly cutesy and sugary sweet, yet quite enjoyable. If your looking for some fluff and lightness, give it a go.

phantom10906 wrote:Valentine's Day: Typical Rom-Com formula. Some good chuckles, but nothing gutbusting funny. Mainly cutesy and sugary sweet, yet quite enjoyable. If your looking for some fluff and lightness, give it a go.

I saw it too and quite enjoyed it. I was actually in a horrible mood all day and hating the expectations of Valentine's Day, but then I saw this movie, laughed, and all was right with the world.

The Stepfather. Bleh. Terrible, laughable script and concept. Really can't fault the actors for being stuck in a piece of crap.

I know I'm really late here, but I finally saw Avatar this weekend. Shockingly, it actually lived up to the hype. I thought it was awesome. I mean, the plotline's not exactly groundbreaking - it's Disney's Pocahontas in space - but it was extremely well done and had some great performances underneath all those special effects. 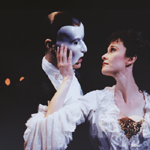 Zombieland. Great cast, particularly Woody Harrelson (and Bill Murray in a cameo), but not quite as funny a script as I thought it would be.

Law Abiding Citizen. Bleh. Entertaining, and decent performances by Jamie Foxx and Gerry Butler, but they're not helped by the script. Unbelieveable plot and mostly unrelatable characters. Tries to be a morality play, but mucks it up with violence.

Extract. The low budget shows. There's something there, but it's just a mess, not nearly as well executed and conceptualized as Office Space, Mike Judge's classic. Gene Simmons is very good in a bit role, as are some of the other stereotypes Judge loves to lampoon, like David Koechner's annoying neighbor.

SenorSwanky wrote:The Stepfather. Bleh. Terrible, laughable script and concept. Really can't fault the actors for being stuck in a piece of crap.

I just saw the original 1986 version of The Stepfather starring Terry O'Quinn yesterday. It's so much better than the 2009 remake.

Shutter Island. A great film I thought. Leo put in a very good performance. Its always a pleasure to see Ben Kingsley on screen. The plot moved alone at a nice pace. Bit of a suprise ending that is somewhat open to interpretation. I would give it a 4 out of 5 stars. I'm actually going to see it again friday night.

The Invention of Lying. Ricky Gervais is an absolute genius, and he carries this movie with his brilliant script and eminently watchable, likable everyman persona. Great ensemble cast as well.

My Sister's Keeper. Drags a bit (and the sound levels on the DVD suck, with so much whispering lost unless you are an expert lip-reader, yet the soundtrack blares); the script could have been tightened and the editing focused more on the characters and scenes that matter. But it's a bit of a tearjerker, and Sofia Vassilieva is great, very believable, in the role of a dying leukemia patient.

Couples Retreat. A lot of the laughs are forced, and some of the characters are annoying, but it also has some really smart and witty humor, and while Jon Favreau and Vince Vaughn play the same characters they always do, they're as good as always, if they're your cup of tea. Vaughn's and Malin Akerman's two sons steal the show in the few scenes they're in, though.

The Box. Eh....WTF?! Richard Kelly is apparently a one-hit wonder. He comes back with another sci-fi oddity/philosophy mind-bender 8 years after Donnie Darko, and this one is not only more confusing (if possible), but a pale shadow of Darko in terms of quality.

The Informant. Amusing, and a great job by Matt Damon, with a nice ensemble cast, but it has a very slow pace, without the snappiness of some of Soderbergh's other films, like the great Ocean's trilogy.

Precious. An awesome achievement with riveting performances by Monique and Gabourey Sidibe (who arguably was even more deserving of an Oscar than the former) and even a surprisingly nice turn by Mariah Carey. Beautiful cinematography, production design, and direction--a haunting, very painterly vision. This movie will depress and upset you; it's certainly not much of an uplifter, but it's well worth seeing.

I loved Precious too. Most of it was very jaw dropping. Oh, and I have to mention how awful Mariah Carey looked. Shows what make up can do for a person. haha

Up in the Air. Very, very good. I found it very thought-provoking. It's a little predictable, but there was one twist at the end that I did not see coming. I would highly recommend it.

Where the Wild Things Are. Considering my skepticism about feature-length adaptations of picture books (how do you turn a thirty-two page book into a ninety-minute movie?) I liked it rather more than I thought I would. I liked how they used Max's story as a jumping-off point for him discovering how hard it is to be the authority figure in a family. Gorgeous effects, too.

Remember Me. It was long, and parts seemed to drag, but it was better than I expected. Robert Pattison's acting style was well suited to this type of film. And the ending is absolutely heart-breaking.

Saw The Bounty Hunter. All I have to say about it is it was awful. To much going on, it got confusing after a while.

I saw The Blind Side yesterday and really liked it. I thought all the performances were convincing and the film itself was touching and inspiring, I really recommend it.