BroadwayCon 2016 was a blast!  Above is a full video of the Phantom of the Opera panel featuring Howard McGillin, Sandra Joseph, Sam Fleming (Associate Costume Designer), Bill Kazdan (stagehand/prop crew) and Kristen Blodgett (Associate Musical Supervisor).  Hosted by Broadway personality Christine Pedi. Great discussion about the show behind the scenes (and costumes!), plenty of laughs, and some wonderful insight into what keeps the show running.

Mischief Management has announced that BroadwayCon WILL be back in 2017, so if anyone is the least bit inclined to attend, be sure to grab your tickets!  It's an all-out celebration of theatre, with lots of events for the nerdiest nerds to more industry-focused workshops and insightful panels.  There's something for everyone and I am very thankful for my friends for putting up with my shenanigans.  Because there were many.

Phantom on a Budget BroadwayCon Recap and Vlogs

Also a bunch more of my photos, videos, and recaps on my official tumblr page:
http://phantomonabudget.tumblr.com/search/broadwaycon

Me with actress Sandra Joseph (photo by Getty Images): 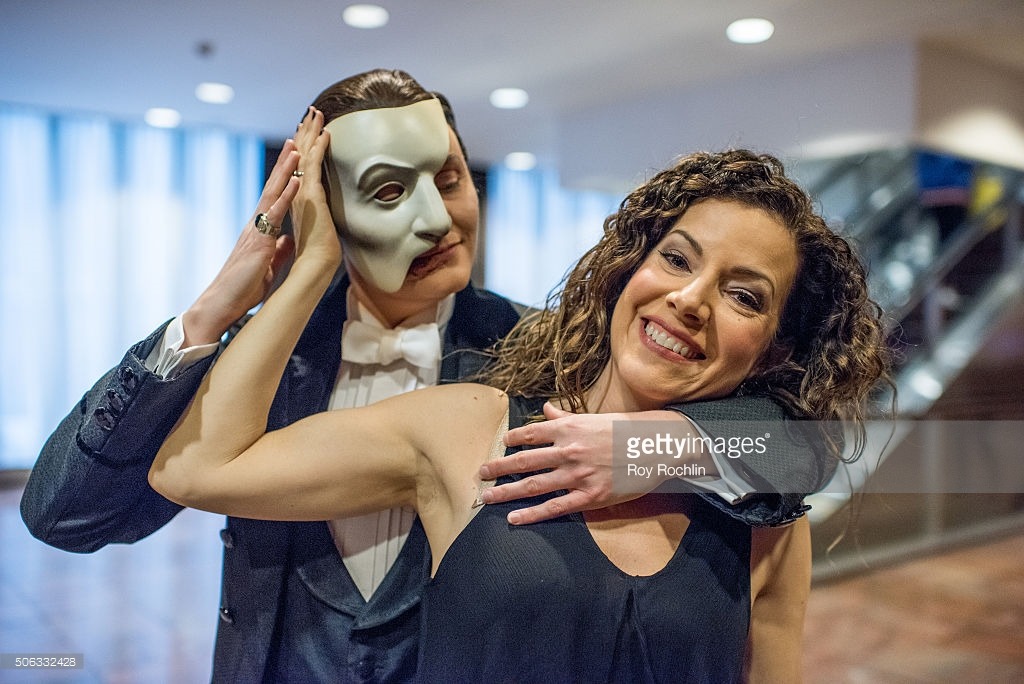