Other Books by Leroux

Other Books by Leroux

After becoming a hardcore phan, I did get rather curious about the Mystery of the Yellow Room. After all, Phantom was considered a pulp horror novel in its day - a quick and cheap gothic horror Leroux wrote in a fit of whimsy. His real fame lay in the Rouletabaille novels, which were crime whodunits.
According to the first bit info I read on the subject, Leroux was something of a French Arthur Conan Doyle. Rouletabaille was a young, brilliant journalist, although (like Erik), not especially good-looking. He describes his head as 'round as a billiard ball'. He'd probably have his own TV show like Elementary or Sherlock today - he's was young, fiery, brilliant, enigmatic, and he played by his own moral code (and wasn't always allied with the police - like Holmes in the original novels, Rouletabaille did his own thing and didn't really bother with the gendarmes).
Has anyone else read his other work? And would people like reviews of the Rouletabaille novels? I'd be happy to write them up if anyone's interested 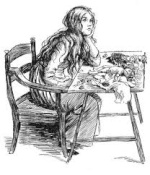 Please do post reviews! It's fun to read what people make of Leroux's other books.... Have recently read one of his "ripping yarns" ... The Bride of the Sun! Very melodramatic.

I loved "The Mystery of the Yellow Room".
I must say that I was surprised by the solution

. Agatha Christie herself in "The Clocks" made her detective Hercule Poirot say that it was a great story.
The main character is known as Joseph Rouletabille, but the thing that made me laugh was ... his "birth" name -- Joseph Joséphin.
Why ? Because the actor who played the Persian in 1925 PotO was known as Arthur Carewe, but in fact his birth name was Hovsep ( Joseph ) Hovsepian...in French, Joseph Joséphin

I had to read some Rouletabille in French literature class, because Vive la France...

Well, actually, in France, before the ALW musical came out, Gaston Leroux was better known for his mystery novels with Joseph Rouletabille. Even, Hergé, when he wrote the Tintin comics, used Rouletabille as a reference for the title character. 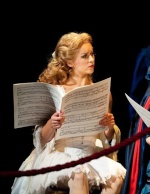 TwelveInchTailor wrote:After becoming a hardcore phan, I did get rather curious about the Mystery of the Yellow Room. After all, Phantom was considered a pulp horror novel in its day - a quick and cheap gothic horror Leroux wrote in a fit of whimsy.

That's not quite true -- Phantom didn't really take any more or less time than his other novels (Leroux churned them out at an extremely prolific rate), and it got good reviews in France, contrary to what many seem to believe these days. The American reviews were rather favourable too. I haven't read enough of the British ones to form an opinion on those. It certainly wasn't a true 'penny dreadful' in the vein of Sweeney Todd (or, as it was known then, The String of Pearls).

I like quite a lot of Leroux's short stories, especially the tightly plotted ones that mimic Poe. Many of them are macabre. I find his novels a bit hit and miss. I recently read La Poupée sanglante, which his highly rated in his native France and is a modern twist on vampirism...good themes, but the writing is dated.