The French have finally come round to embracing their most famous masked man in recent years, after decades of the tale having been adopted by their neighbours across the Channel and on the other side of the Atlantic.

Most recently, they've tried to mount a straight play adaptation of the novel in Paris! I'm very intrigued and would be there in an instant if I were in Paris right now, but sadly I'm not. 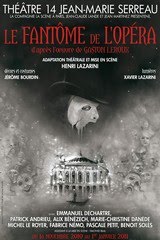 If anyone is in Paris, though, it's at the Théâtre 14 Jean-Marie Serreau. The adaptation is by Henri Lazarini. It's running until New Year's Day. Please go if you are nearby and have time and review it for me! I doubt I have the time to go to Paris before the end of the run.

While I am delighted at the idea, I have a horrible suspicion that this may set itself up to be a disappointment, just like the many, many, many, many other theatrical versions of Phantom, which all claim to be different from the ALW version, but ultimately end up copying it and not quite succeeding. I note, for example, the half mask on the poster...

Awesome! Wish I had the money and time to take a trip to Paris to check it out!

Oh for heaven's sake, don't tell me the Phantom has got 'friends' again in his lair...why do so many adaptations do that?! 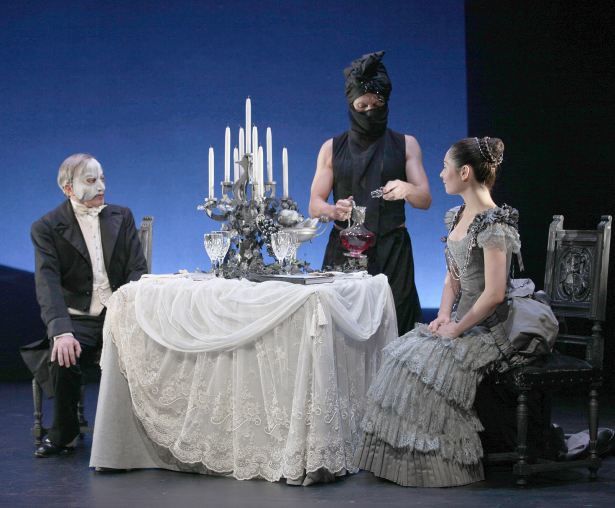 A not particularly great review here.

I don't know why but that picture actually made LOL. There's something about the dress that the woman sitting down is wearing that I like though, very unusual colour.

I wish my french would be better! I´ve learned it, but I don´t understand all.

Does it mean they made the whole video of the production?
https://www.youtube.com/watch?v=3zk55LKJsM8 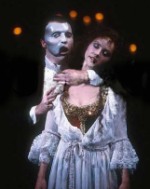