I remember we had a thread for current and former Phantom actors and what they were doing outside of the show.

Franc D'Ambrosio is giving a Valentine's Day concert at the Fellowship Church in Anthem, Arizona. There will also be a meet and greet party the day before.
Info: http://www.ioanthem.com/index.php?option=com_content&task=view&id=499&Itemid=1
Website: http://acnv.org/

'Let the Phantom
be Your Valentine’
Sunday, Feb. 14
Doors open at 6 p.m.
Concert 7 p.m.
$35/General admission
$50/Premium seats, post-concert meet-and-greet and an opportunity for a photo taken with Franc D’Ambrosio. 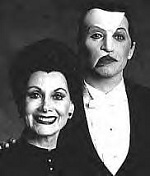 D.C. Anderson, who plays the manager Andre on the U.S. Tour, will be in concert with Roy Zimmerman in Dallas, TX on Monday, February 22.

Venue is the Pocket Sandwich Theatre on Mockingbird Lane just off Hwy 75 in Dallas, TX.

Anyone in the Dallas area interested in meeting up for the show? Let me know!

D.C. Anderson has toured extensively throughout the US and Canada this past 20 years with The Phantom Of The Opera as an actor/singer. He’s on tour in Dallas this week, and he’s hooked up with a couple of friends and fellow entertainers to do a show for us. His two pals and also immensely talented performers are:

Roy Zimmerman, Songster/Satirist, who, says The Los Angeles Times, “displays a lacerating wit and keen awareness of society's foibles that bring to mind a latter-day Tom Lehrer." And Tom Lehrer himself says, "I congratulate Roy Zimmerman on reintroducing literacy to comedy songs. And the rhymes actually rhyme, they don't just 'rhyne.’”

But don’t just take our word for it. Check them out. They’re terrific. 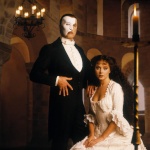 Re: Phantom Actors Concerts and Appearances

That sounds so awesome. I wish I could go, but seeing the show tomorrow night is already a bit of a stretch.

Re: Phantom Actors Concerts and Appearances