Yes, I know about Dance Of the Vampires. I just wish they'd bring it here exactly how it is in Germany.

I sadly doubt the will. they most likely would bring it to England.

Count-Alexiel-Ravenswood wrote:I sadly doubt the will. they most likely would bring it to England.

I know there were rumblings a while back about making a musical movie out of Tanz. Have you heard anything about that lately? I'd be all for Kevin Tarte as Krolock!

Yeah, I've heard rumors about that too, but as far as I know, nothing official yet. As long as they get a competent director (may be a bit tricky given Polanski's current legal trouble), and as long as they try to avoid picking Hollywood stars with little to no singing experience for the main roles, I'd be all for it. In other words, no Schumacher, please.

If you all are willing to indulge the word of someone involved in the rumors of a new English-speaking Tanz, our side of the story of what happened (and managed to make a negative splash last May) can be found here. The chronology isn't too lengthy, but our feelings on the matter are plain: the fans weren't the only ones screwed here, intentionally or unintentionally. The translation in question is good -- it's the best version of the piece in existence, in the opinion of many industry professionals who have seen it. (ML6 has also seen some of the lyrics, unless my recognition of her avatar is a case of mistaken identity.)

More to the point, our unit has much more to offer than the mere translation -- we can bring star elements to the table, as well as major U.S. studio distribution for a film version. Everyone involved would stand to benefit from our three years of hard (unpaid) work. Recently, an opportunity to restart has been afforded us, and other than saying to keep an ear open in the next six to nine months, there's not much more I am legally allowed to say. Keeping my fingers crossed, and I hope you all are as well! We love the show as much as you, and would love to see a proper English version done.

EDIT: I have now been allowed to share a little tease of our English Tanz: the English demo of "Gott ist tot" from our translation. Retitled "Hungry for Love," this demo was recorded by a brilliant young vocalist named Evan Ryan who is currently pursuing a solo career. Are you as "hungry for love" as I am? There is a brilliant, finished English Tanz, my children of the night; it does exist.

providerofgoods wrote:. (ML6 has also seen some of the lyrics, unless my recognition of her avatar is a case of mistaken identity.)

Nope, you got it right. I am one in the same.

I find it interesting that Michael Kunze says that there will never be a English translation to Tanz. Nor does anyone have the rights to even attempt a version. His Facebook message on that was quite direct. 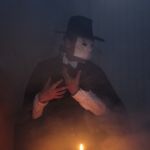 The way he has recently indicated it to certain parties, such a version will only be authorized if/when a producer takes interest and puts money on the table; it has nothing to do with his opinion of any given translation, he has no say in the matter, the parties to speak to are those who own the rights. This is and has been feasible on the part of my group, and as I alluded to, we will be pursuing it in the next six to nine months following completion of impending work of our own.

More to the point, I explained exactly why he had no knowledge in the timeline linked to in one of my earlier posts in this thread.

The Finnish production is on it's way, opening September 10th 2011 at Seinäjoki City Theatre. (Not very far from me!

The English title has caused some controversy. It's Finnish name is Vampyyrien tanssi. And no, that pink truck is not a prop! ;D
The director is Olli-Matti Oinonen, who also directed Rocky Horror Show for the same theatre years ago. 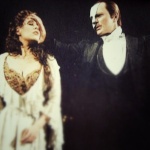 So musicals is very happening in Finland lately? They just had a great production of Les Mis, and I think Next to Normal is still running. And now they even dare to touch the Tanz der Vampire, which for some reason never seem to work in a non-German languaged production. I like.

I caught one of the very last performances of "Beauty and the Beast" here in Rome. I loved it. The costumes in particular. Went to see if a new musical was to replace BATB this summer, but alas. Next out is "Mamma Mia!" in September. Flashdance is still running, but... I don't think so. Just in case anyone wondered what's up with musicals in Rome... No, the reason I'm telling this is that Stage Entertainment is behind a lot of the big musical productions here in Italy, and they seem to do well. BATB ran for two years; one year in Milan and one in Rome. The Italians seem to finally get a grasp on the genre. Which makes me wonder why Phantom has not been performed her yet.
_________________
JOSEFINE TO THE PHANTOM:
You come off as... somewhat... rough...

operafantomet wrote:So musicals is very happening in Finland lately? They just had a great production of Les Mis, and I think Next to Normal is still running. And now they even dare to touch the Tanz der Vampire, which for some reason never seem to work in a non-German languaged production. I like.

Lately there has been newer, more popular musicals. Usually Finnish theatre repertoire mostly consists of Sound of Music and My Fair Lady (like my local theatre) + obscure Finnish musicals played in the outdoor theatres. There has been Sweeney Todd, Evita and fully Finnish languaged Les Mis in the past, but they're never quite caught attention.

My friend saw the newer production Les Mis and told me that it was great. It has gotten a lot of attention from Finnish musical fans, I think even more than Wicked. (Which closed two days ago)

The Finnish production had it's premiere three days ago! The opening reviews were great and the tickets are going fast.

VBW is pleased with the production.
http://www.musicalvienna.at/index.php/de/aktuelles/article/92653

So I just came back from the Paris production of Tanz! Every time I see it, I get reminded of how much I truly love this show!

I think I saw the whole original cast, no understudies. A lot of superstars, I think. Stéphane Métro did a great Comte Von Krolock, but nothing over the performances of the german ones. Rafaëlle Cohen had some nice acting skills, but how she loved to scream through the first act and show of how long she could hold a note! David Alexis as Abronsius was the greatest comic relief as he should be, with some nice timing and expressions. Daniele Carta Mantiglias Alfred was the character I was most impressed over. His voice, comedy and acting was great, and he always gave us something fun to look at! Other than those, the rest of the cast gave a first act lacking a bit of energy, but gave us an Ewigkeit long to be remembered!

The orchestra sounded quite small. The programme says it's 29 musicians, but I don't think they have more than 15 down in the pit. Not that it was a big problem, but it did sometimes lack a bit of power. But they too got some big energy in the second act, so I'm suspecting click-track or some heavy keyboards!

The sets and costumes were the exact same as in Berlin, but with a few new backdrops. The biggest change in the scenery was the brand new films they had made. I kinda missed the old 90's films on the curtains, but these new one gave some pretty interesting inputs and lights to the show.

The biggest difference I found with the french production, is that it had a lot more jokes than the german one. Instead of laughing at what they did and how they did it, the audience laughed more at what they said. For instance, the book Alfred found in the library was called "Love for dummies" instead of "Advice for in-loved ones". Also, they had cut the very last small verse of Unstillbare Gier, which made me a little bit sad. Instead of having the count go for the loud note right before he turns away, he instead went straight to the very last note (the lower one), and then just walked out. But but, maybe Polanski didn't want it anymore?

But, should you see this production? Definitely! That Ewigkeit alone would make the ticket worth it, but also this is a great production of a much greater musical! I do start to realize why we'll never see it in London, but this show is nothing but great! It is 3 hours of pure entertainment, and pure genius! So if you are close to Paris, do go, the production closes in April!